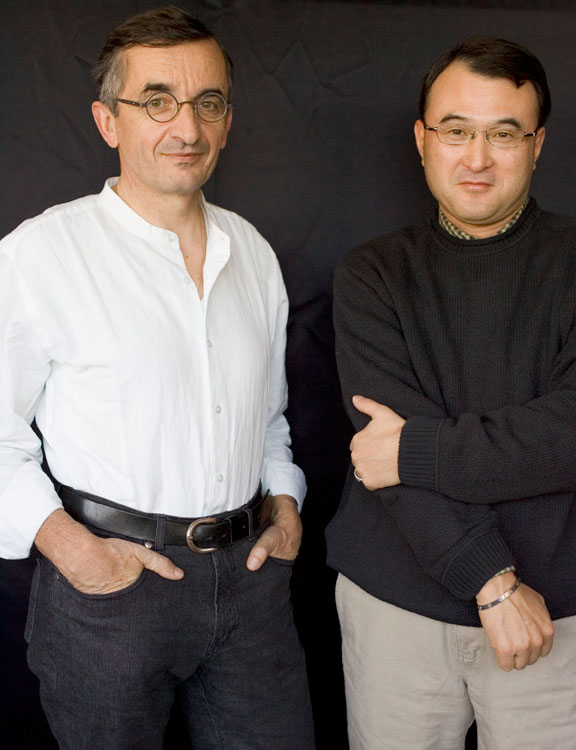 When the President of the Kai Group, Koji Endo, met Michel Bras, he was attracted by the lively curiosity of this man who seemed to embody all the virtues of an ancient sage. Endo knew that he wanted to create knives that would live up to this exceptional chef. Michel had a similar reaction when he visited an international trade fair and held in his hands a KAI knife: he knew intuitively that KAI could create knives that would meet his ideals.

The result is the Michel BRAS collection of knives, born from Michel and KAI’s desire to create knives that would satisfy their rigorous standards.

A Meeting of Hearts and Minds

With their common goal of creating the best knives possible Michel Bras and KAI discovered, as their friendship deepened, that they had many other things in common besides knives. Just as Michel loves his birthplace Aubrac, the source of his inspiration, so the spirit of KAI is rooted in the Mino region and in the skilled craftsmen who live there. Both the high plateau of Aubrac and the plain of Mino lie inland and are blessed by an abundant nature. Both Laguiole and Seki are famed for their excellent knives. And finally Michel Bras' father was also a blacksmith.

During a visit to Seki Michel had the following exchange with Koji Endo: “When I heard the sound of the blacksmith's hammer striking the anvil, I was reminded of my father's workshop, with the same sounds and the same atmosphere. Mr. Endo, as we embark on our joint enterprise, neither you nor I have forgotten our common heritage as blacksmiths.” To which Mr. Endo replied: “Just as Aubrac and its nature are ever present in your mind, Mr. Bras, so I feel that in our blood flows the same love for knives, a love that has been nourished in me by Seki and the Mino region. I am convinced that the harmony that binds together all these elements will live on in the Michel BRAS knives.”