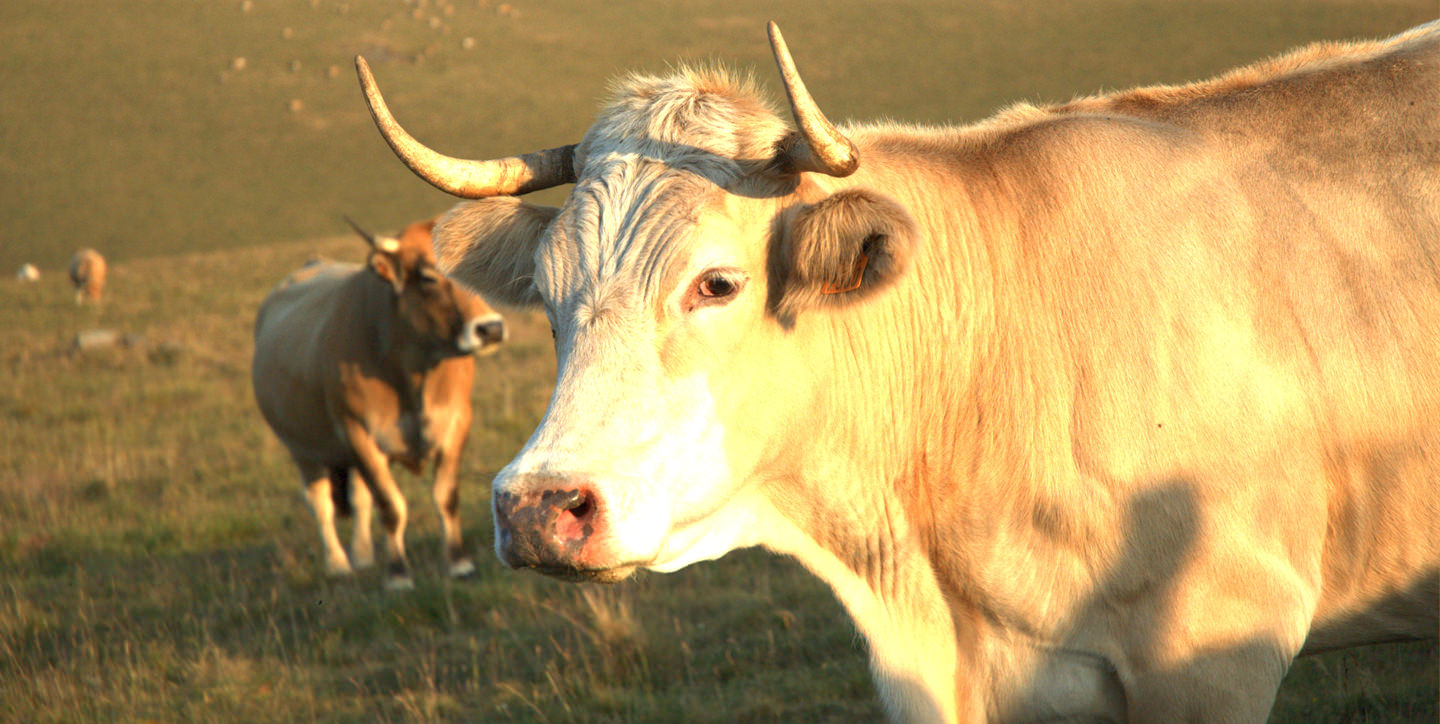 4. The Village of Laguiole

The modest village of Laguiole with its 900 inhabitants is considered the capital of Aubrac. It is a quiet, peaceful place, famous for Laguiole cheese and the Laguiole knife, as well as for the Restaurant Michel Bras.

The rich and pungent Laguiole cheese was first made by monks in the 12th century. Today it is still being made according to ancestral recipes. Known as tomme before it ripens, it is used in preparing aligot, a traditional dish featured on the menu of Michel's restaurant.

The typical buron cabins are found only in Aubrac. These squat buildings covered with slate roofs were the dwelling places of shepherds called burroniers, who made cheese from cow's milk in them. 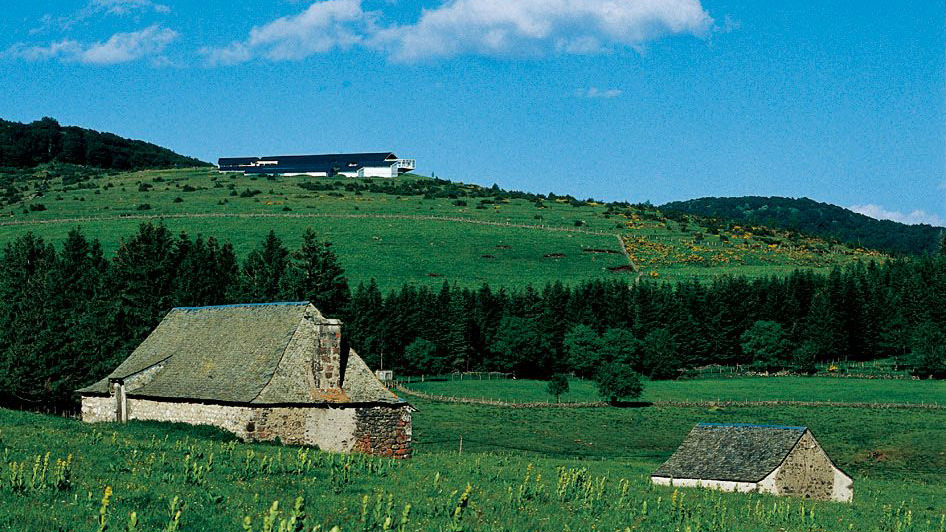 The famous Laguiole knife, favored by sommeliers the world over, originated in a knife used by shepherds in the 14th century. It was traditionally offered to boys at their first communion and became a trusty companion and good-luck charm for life.

In the Michel Bras restaurant, we find this same Laguiole knife used as cutlery. As if protectively watching over the meal, it remains on the table at all times and is not replaced between courses. 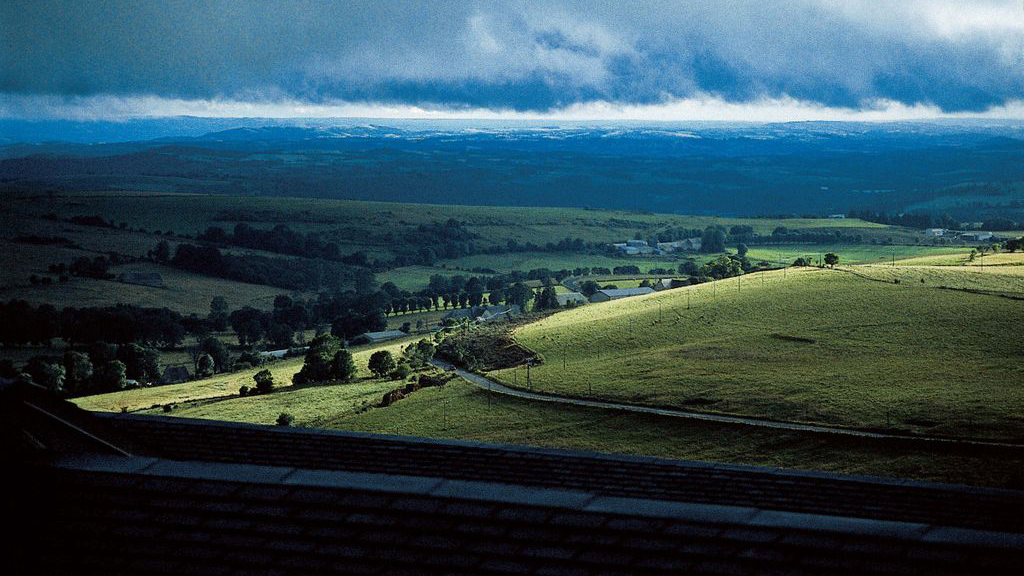 The Laguiole Knife: Pride of Laguiole

The Laguiole knife originates in a short knife called the capuchadou used by shepherds in the region of Aubrac in the 14th century. They were worn around the waist and served to whittle wood or cut bread and cheese. It is said that at the end of the workday, these shepherds would stick their knives into the ground and then recite their evening prayers in front of them.

The contemporary Laguiole knife was invented by a cutler from Laguiole named Jean Pierre Calmels in the early 19th century. At that time many Catalonians worked in this area as pit sawyers. They carried a curved folding knife called a navaja. Calmels combined the traditional capujadou with this navaja to create a knife that was both beautiful and functional: the Laguiole.

At the beginning of the 20th Century, the handmade Laguiole knife was being replaced by mass-produced knives. An association was founded in 1981 to revive the local tradition by setting up workshops for the production of Laguiole knives. 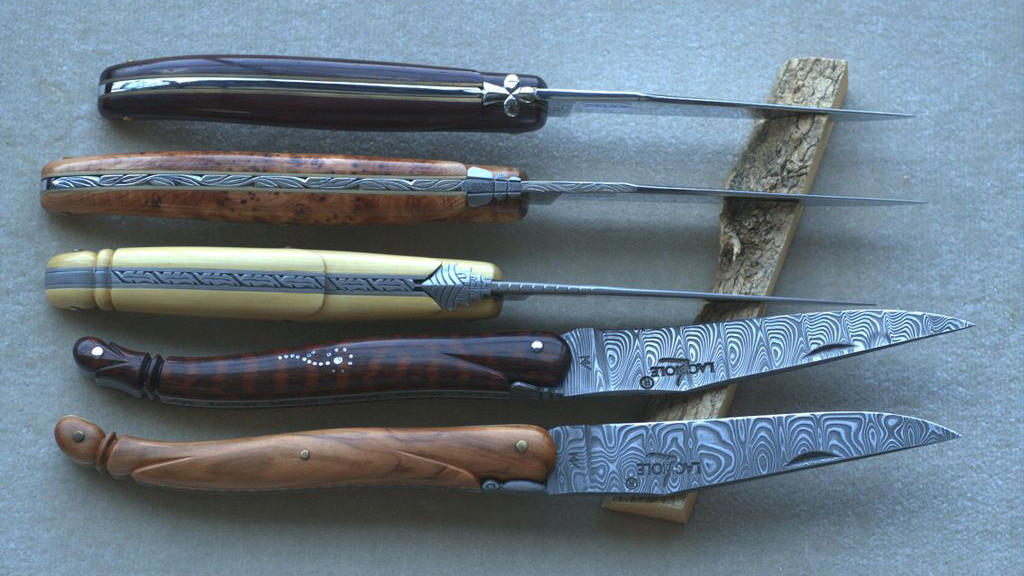 The Fragrances of Aubrac: Herbs and Flowers

The plateau of Aubrac is home to more than 2,000 species of plants, including such herbs as thyme, sage, chamomile and mugwort. One of these, called calaman (also known as AubracTea) is much appreciated for its mint-like aroma.

The herb cistre, which is the symbol of the restaurant Michel Bras, grows only at an altitude over 700 meters. Sometimes called alpine fennel because of its faint fennel-like aroma, it is well-known for its diuretic properties and has been used since the Middle Ages as a medicinal plant. Of a delicate nature it only flourishes in protected environments.

During the spring and summer months the plateau is covered with countless tiny flowers, such as the wild rose, narcissus and pansy. Many are edible and some have a medicinal use. Wild rose jam and elder flower liqueur are very familiar to the people in this area. Also, gentian is effective for a poor appetite and poor digestion, and the chamomile daisy is used to treat skin diseases and external injuries.

For Michel Bras collecting these herbs and flowers by hand for use in his cooking is an unending source of pleasure.

The Inhabitants of Aubrac and the Pilgrims of Compostela

In the Middle Ages Santiago de Compostela in northwest Spain became a major Christian pilgrimage destination after the discovery of what were thought to be the remains of St. James, one of the twelve apostles. It is estimated that as many as 500,000 pilgrims trekked over the Pyrenees on their way to Santiago de Compostela.

One of the pilgrimage routes passed through Aubrac. The harsh, snowbound winters of the plateau --sometimes exceeding 1000 meters in altitude-- were especially dreaded by pilgrims.

According to legend it was in the vicinity of Aubrac that a certain Viscount Aladar from Flanders was attacked by robbers and almost perished from the cold. He prayed to God for help and vowed to found a monastery for pilgrims if his life was spared. Having survived the attack and returned safely from his pilgrimage, he built the Aubrac Monastery and its adjoining hospital.

Over the centuries the inhabitants of Aubrac welcomed and helped pilgrims through their trials and tribulations. The Aubrac Monastery provided them with food and shelter, and during winter storms its bell rang out night and day to guide their weary steps to the hospitality awaiting them. This bell is engraved with the following Latin inscription: "Praise the Lord, chime for the clergy, ward off demons and gather in lost souls." 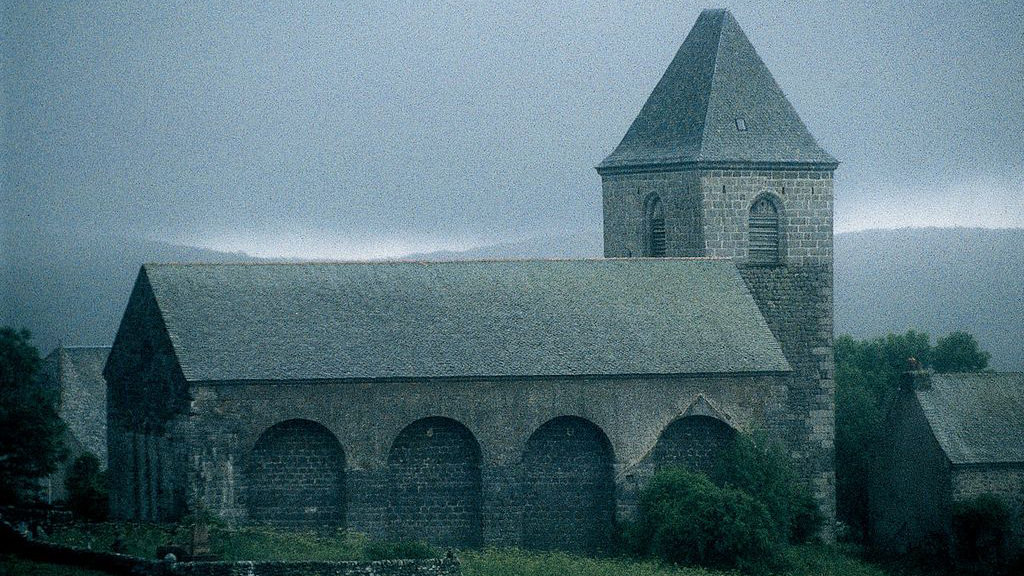